Menu
Confraternity of the Most Holy Rosary > Uncategorized > The Eternal Present: Advent and Time Orientation 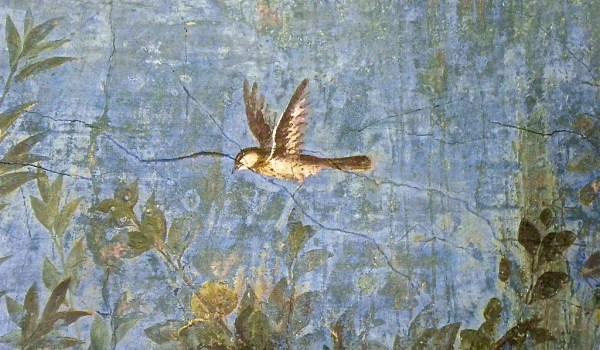 [T]hough we cannot experience our life as an endless present, we are eternal in God’s eyes; that is, in our deepest reality.  —C.S. Lewis

No, not the seasonally-themed ones. I mean the ones used by psychologists to conduct a time-orientation study.

Time orientation? That’s the term social psychologists use to describe their study of the ways in which individuals and cultures perceive time and the role time plays in our lives.

Each of us, these experts say, functions according to a particular time orientation. Are you the one that keeps the scrapbook and makes sure family traditions are observed? Those are “past orientation” behaviors. If you’re typically late to appointments or avoid routines for the sake of novelty, those are distinctly “present orientation” habits. Future-oriented people, meanwhile, tend to perform a cost-benefit analysis before making even seemingly insignificant decisions. Our time orientation, shaped by various social, environmental, and technological factors, has an impact on our health, success, and overall happiness, the social psychologists explain. The notion of time orientation also offers us a unique perspective on the season of Advent, as I’ll show.

But first, back to the marshmallows.

In one time orientation study, researchers offered preschoolers a marshmallow and a choice: eat that one sugary delight now, or wait fifteen minutes and earn two marshmallows. When the psychologists interviewed the same subjects again fourteen years later, they were surprised by what they found. The group of preschoolers who had successfully waited for two marshmallows ended up scoring an average of 250 points higher on the SAT than those who couldn’t resist. Other tests revealed that members of the group with more self-restraint were also more cooperative, better able to work under pressure, and more self-reliant.

This and other studies, the experts claim, show how the ability to delay gratification, control impulses, and conceptualize the future are all associated with higher psychological functioning later in life.

In other words, there’s a connection between our present behavior and future well-being. To the Christian, this idea is nothing new (it’s foundational to Christian moral life, in fact). But if we take a closer look at Advent, we find that this season also challenges us to conceptualize and respond to the future in specific ways now. Yet it’s a challenge we tend to overlook.

Advent challenges us to be future oriented. It is something I have never quite understood—the way so much time in Advent is dedicated not to looking backward toward Christ’s first coming in Bethlehem, but forward to Christ’s second coming.

Weeks before O Come, O Come Emmanuel makes its debut, we’re belting out the eschatologically-themed Lo! He Comes with Clouds Descending. Note the Sunday gospel readings, too. The First Sunday of Advent this year, for example, does not feature Luke 1, as we might expect, but Luke 21. We do not hear the archangel Gabriel proclaiming that Mary will bear a child called “Son of the Most High,” but rather Jesus’ admonition to remain vigilant so as to stand before “the Son of Man” at the Last Judgment (Lk 1:32; 21:36). We may be thinking about the stable at Bethlehem by the Third Sunday of Advent, but that gospel appeals to a different barn, as John the Baptist prophesies the Lord’s judgment: “His winnowing fan is in his hand to clear his threshing floor and to gather the wheat into his barn, but the chaff he will burn with unquenchable fire” (Lk 3:17-18).

In his Advent homilies, St. Bernard of Clairvaux emphasizes that the season entails a twofold preparation:

[Y]ou must ponder not only that coming at which he came to seek and to save what was lost, but also and no less the one at which he will come and take us to himself. If only you would constantly mull over these two comings, ruminating in your hearts how much he performed in the first and how much he promised in the second!

Can the Church really expect us to stretch ourselves in both directions, to be spiritually past oriented and future oriented at the same time?

Yes. Because the Church knows the strength of faith. While faith doesn’t erase time, it can make all things present.

What power opens our hearts to remember Christ’s first coming? It’s the gift of faith—a gift exercised now, in the present moment. What enables us to await His second coming with joyful hope? That same faith, exercised here and now.

Advent is not, so to speak, a choice between recalling one marshmallow of old or anticipating two to come. Faith turns an either/or into a both/and.

This is all made possible by Christ’s third coming. An “intermediate coming,” as St. Bernard describes it. In the first, He came in flesh and in weakness. In the second, He will come in glory and power. But in the middle one, He comes in spirit and with a hidden power. That power is the life of grace, by which we encounter Him dwelling in our souls. It is the life spoken of in John 14:23.

This intermediate coming, St. Bernard explains, “is a kind of path by which we travel from the first to the final. In the first Christ was our redemption. In the final he shall appear as our life. In this one… he is our rest and consolation.” Insofar as one embraces the Christian life, then, he or she is living this kind of Advent.

For all its emphasis on past and future, Advent is most fruitful when it leaves us more deeply ensconced in the present. It is when we remember and await the Lord’s coming that we already experience it.