Menu
Confraternity of the Most Holy Rosary > Uncategorized > Sister Earth 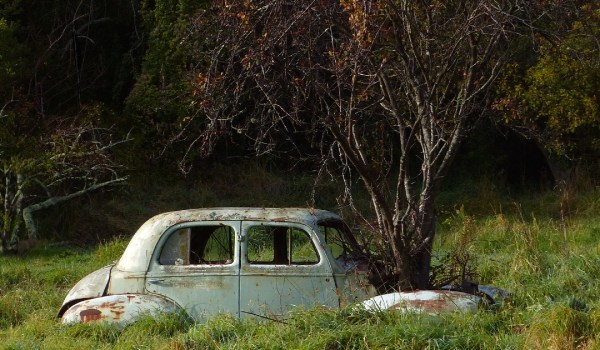 Editor’s note: This is the first in a five-part series on Pope Francis’ encyclical, Laudato Si’, in honor of the Holy Father’s first visit to the United States, occurring next week.

When the news first broke that Pope Francis was writing an encyclical on environmental issues, the media reactions were predictable.  The prospect that the Pontiff would adopt the environmentalist platform as official Catholic doctrine caused both excitement for those on the left of the political spectrum and anxiety for those on the right.  Yet the Holy Father’s concerns were not so narrow.  Instead, Pope Francis uses this document to synthesize broader concerns over the care of the earth with those that affect the human race.  He strikes a decisive balance, far from either extreme—a utilitarian attitude that seeks to exploit the resources of the earth on the one hand, and a neo-pagan, “tree-hugging” mindset that idealizes a pristine state of nature, on which humanity is an undue burden, on the other.  Instead, Pope Francis calls on all persons to adopt a view that fosters a proper relationship with both the Creator and the earth He created.

The title of the encyclical, Laudato Si’, comes from a famous hymn by the Pope’s patron saint, Francis of Assisi, known in English as the Canticle of the Sun or All Creatures of Our God and King.  This hymn appeals to the inanimate elements of creation in familial terms, such as Brother Fire or Sister Water.  When addressing the earth, St. Francis refers to it as both Sister and Mother. The latter term may be more familiar, but the Pontiff favors the former term when framing his thesis on caring for the earth, our common home. In the Preface he writes:

This sister now cries out to us because of the harm we have inflicted on her by our irresponsible use and abuse of the goods with which God has endowed her… We have forgotten that we ourselves are dust of the earth (cf. Gen 2:7); our very bodies are made up of her elements, we breathe her air and we receive life and refreshment from her waters. (§2)

In this way, Pope Francis shows the interdependence between man and nature. Humanity is intimately associated with the earth, our sister, and so care for the earth and care for our fellow man are deeply intertwined.  Any integral ecology, he says, must also take into account the intrinsic worth of each human person; the “throwaway culture,” which the Pope continually disparages, applies both to natural resources and to human lives.

One unexpected example of this connection is found in Francis’ treatment of climate change.  The former chemistry teacher does interpret the data of global temperature trends as partially due to human industrial activity (§23), and he exhorts us all to make changes to our lifestyle to reduce the impact on the land.  But he does not make this exhortation for the reasons we may expect.  He stresses the impact on people—not just the earth—insofar as groups are forced to leave their homeland due to environmental changes (§25).  Thus this issue, which is so often expressed solely as a struggle between man and nature, is seen in its full light: the recognition of how we all affect our fellow human beings as well as the earth, as we are all part of nature.

The connection between care for the earth and respect for human dignity runs throughout the encyclical, whether Francis is speaking of clean drinking-water as a basic human right (§30), the inefficiency of modern cities (§44), or even the dehumanizing effects of social media (§47).  Most strikingly, however, the Pope rejects the notion common among environmental activists that the human population must be controlled for the good of the earth.  Rather, the proper response is to reduce our consumption of natural resources, not the number of persons: “To blame population growth instead of extreme and selective consumerism on the part of some, is one way of refusing to face the issues” (§50).

These issues, which are united in Francis’ integral ecology, are not limited to concerns for the earth commonly identified as “left-wing.”  Rather, proper care of creation calls for the eradication of abortion (§120) and embryonic stem-cell research (§136), and requires a respect for the human body as male and female (§155), without falling into the trap of thinking that these differences are mutable or inessential to marriage.  True ecology, therefore, reaches across the aisle, transcending the political labels that divide our society.

The Holy Father views these social concerns as part of a broader whole, and the ultimate goal is to foster a right relationship with our fellow man, with the earth, and with the God who made us all. One of these cannot be achieved without the others.  Just as the Persons of the Trinity are in intimate relation with each other, so too God continually invites us into relationship with the rest of creation (§240) and with Him, who is the focus of any sound ecology:

A spirituality which forgets God as all-powerful and Creator is not acceptable. That is how we end up worshipping earthly powers, or ourselves usurping the place of God, even to the point of claiming an unlimited right to trample his creation underfoot. The best way to restore men and women to their rightful place, putting an end to their claim to absolute dominion over the earth, is to speak once more of the figure of a Father who creates and who alone owns the world. Otherwise, human beings will always try to impose their own laws and interests on reality. (§75)

Pope Francis shows us that, rather than thinking of ourselves as gods who use the earth as a tool for our own interests, or of the earth as a deity to be revered at the expense of humanity, we should conceive of our place in a kind of fraternal relationship with our sister Earth, as children of God our Father, to whom all praise is due.  Laudato si’, mi’ Signore!