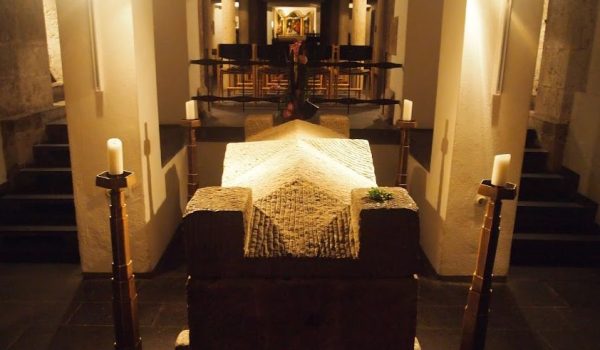 Today the Church celebrates the feast day of a Dominican saint and doctor of the Church, St. Albert the Great. The list of his contributions to Western thought is staggering. He was one of the first to comment on many of Aristotle’s works in Latin, wrote numerous works on the natural sciences and animal life, composed works of musical theory, and authored his own theological synthesis. Yet, while this theologian, scientist, and bishop is certainly a figure worth studying in his own right, rarely is he accorded such an honor. Instead, recognition is typically given to St. Albert for the role he played in forming his greatest student, St. Thomas Aquinas. While this may seem unfair to St. Albert, this is really neither uncommon nor unjust. Each Christian plays a role in the building up of the Church. Our contributions do not gain their value only from their recognition.

No Christian is a product of his own making. Each of us had to be baptized by another, educated in the faith by another, and worship with others. St. Augustine needed his mother, St. Monica, and his teacher, St. Ambrose. St. Dominic had his mother, Blessed Jane. Each saint has in some way relied on the instruction and formation of another Christian. While the works and prayers of many go unnoticed, their influence is no less important. It is through their faithful lives that others are able to accomplish greater works.

St. Albert the Great may be known best for his influence on St. Thomas Aquinas, but that does not diminish his own importance. His work as a teacher has given the Church her greatest theologian. Through his faithful living out of his vocation, he was able to give much to the world. This great Dominican Doctor of the Church is celebrated for both his own contribution and his role in forming minds to preach and teach. While his own works may be underappreciated, we can all learn something from his faithful witness.

Several years ago I was in Cologne, Germany, with some friends of mine. Several blocks from the train station is the Church of St. Andrew, where St. Albert the Great is buried. I suggested to those with me that we go to Mass there and visit the remains of St. Albert. When asked why I wanted to visit his tomb in particular, I responded, “Well, he was the teacher of St. Thomas Aquinas.” While true, it is an understatement. But it still might best sum up the faithful life, teaching, and influence of this great saint.