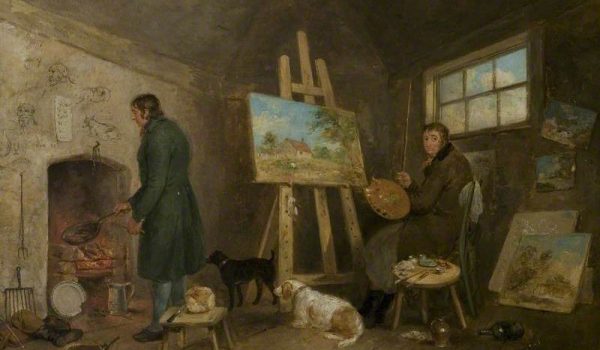 “We are God’s great, wondrous work of art” may sound like a cheesy lyric from a modern hymn, but it conveys a surprisingly challenging theological message. While it is true enough that good art is appreciated around the world, works of art don’t make themselves, and they are inextricably linked with the mind of their maker. Hidden within this somewhat saccharine sentiment is the most offensive possible claim to the modern mind: man exists to glorify something other than man.

According to the Catechism of the Catholic Church, “Scripture and Tradition never cease to teach and celebrate this fundamental truth: ‘The world was made for the glory of God’” (CCC 293). This fundamental truth is not, however, frequently taught or celebrated in our own day. To the modern ear, the claim that man is made to glorify God sounds like a denigration of man to something without inherent value or worth, only there to show how great something else is. It can be helpful, therefore, to speak about creation in artistic terms. Think of an artistic masterpiece. The masterpiece is fashioned by the hand of a master artist to reveal something to the world. The work of art, by its very existence, points beyond itself to the mind that first conceived of it and the skill that brought it into being. Nevertheless, the work of art is still magnificent in its own right, and without it the beauty hidden in the artistic mind would remain unseen (cf. Romans 1:20). Works of art, in a sense, share in the glory of their creator. There is nothing denigrating about being compared to a great work of art, even if it is not made for its own sake.

While all creation proclaims the glory of God, man has a special place as the “summit” of God’s work (CCC 343). At this point the artistic analogy breaks down somewhat, since God did in fact will mankind for its own sake (CCC 356). This does not, however, contradict the view that we are made for the glory of God. Rather, God is glorified by the full flourishing of what he has made, much like the way an artist’s genius is more easily recognized after a successful restoration of his works than after an unsuccessful restoration. True human flourishing cannot be separated from the glory of God. Mankind can only shine with the full brightness of its beauty if we turn to the artistic genius who fashioned us in wisdom and love, and allow him to continue his creative work in us until he is fully glorified by becoming “all in all” (1 Cor 15:28; cf. CCC 294). The Lord God formed man of dust from the ground and breathed into his nostrils the breath of life, and man became a great and wondrous work of art.

Image: George Morland, The Artist In His Studio And His Man Gibbs (detail)