Menu
Confraternity of the Most Holy Rosary > Uncategorized > Distinguish to Unite 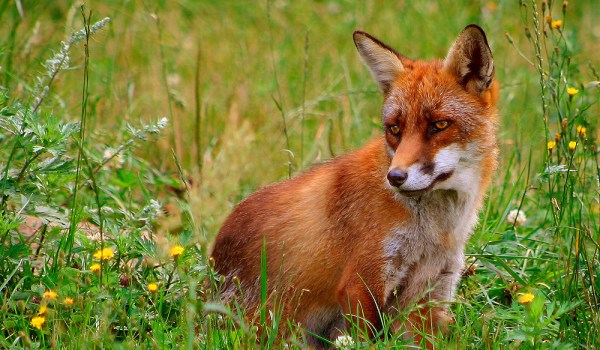 “The fox knows many things, but the hedgehog knows one big thing.”

Isaiah Berlin once quoted this adage of the Greek poet Archilochus in his essay “The Hedgehog and the Fox,” using it to classify authors and intellectuals into two categories.  Berlin’s hedgehogs, like Plato, Dostoevsky, and Nietzsche, demonstrate a tendency to reduce things to simplicity. They “relate everything to a single central vision, one system, less or more coherent or articulate, in terms of which they understand, think and feel—a single, universal, organising principle in terms of which alone all that they are and say has significance.”  Foxes, on the other hand, like Aristotle, Shakespeare, and Joyce, view the world as irreducibly complex, they “pursue many ends, often unrelated and even contradictory, connected, if at all, only in some de facto way, for some psychological or physiological cause, related to no moral or aesthetic principle.  These last lead lives, perform acts and entertain ideas that are centrifugal rather than centripetal; their thought is scattered or diffused, moving on many levels, seizing upon the essence of a vast variety of experiences and objects for what they are in themselves, without, consciously or unconsciously, seeking to fit them into, or exclude them from, any one unchanging, all-embracing, sometimes self-contradictory and incomplete, at times fanatical, unitary inner vision.”

Although Berlin warns of the limitations of over-pressing this dichotomy, he nonetheless finds it useful for literary criticism, proceeding in his essay to conclude that Tolstoy was a fox by nature behaving as a hedgehog because of his religious convictions.

Today, one still encounters both approaches.  Nor are they limited to the intellectual realm—these tendencies in thought shape people’s lives.

In academia, in medicine, even in social interactions, knowledge and practice are becoming increasingly fragmented.  Not wanting to over-simplify matters, scientists adopt models so complex that only a handful of experts can grasp them; doctors become so specialized in treating a particular disease that it becomes all they do; people increasingly separate their professional life from their family life and from their recreation.  This impulse to break things apart, analyze them individually, and determine the most effective course of action is quite strong and has benefited society immensely, producing technological marvels and record-breaking athletes.

Yet the fragmentation of knowledge remains in tension with another deep-seated human impulse: the natural desire to find connections between things.  Students delight in discovering the relations between material discussed in different classes; adults long to acquire wisdom, that overarching understanding of how all things fit together.

Unfortunately, the world has lost sight of true wisdom and seeks to find its unity in countless counterfeit ideologies that claim to solve life’s mysteries while really just ignoring actual distinctions.  Marxism, Nazism, Scientism, Scientology, Postmodernism, Gender Ideology, Moral Relativism—the list of pernicious totalitarian ideals, and the catalog of their calamitous effects in the last century, could fill volumes.

The Church’s common doctor, St. Thomas Aquinas, was neither a hedgehog nor a fox.  Instead, with angelic keenness of insight, he recognized that all things come from God and reflect some share of His splendor.  Yet the Creator is infinite and His creatures finite.  No creature can adequately capture the fullness of God’s majesty, nor can even the sum of all creation rival His brilliance.  Nevertheless, creation is like a vast, multifaceted gem—each of its myriad facets glimmering with some small reflection of the divine light.  God is the unifying principle the human intellect yearns to apprehend, yet this unity of origin does not negate the real distinctions among creatures: each shares a unique portion of God’s infinite goodness.  Thus, Aquinas and his students acknowledge a single universal organizing principle—God—without reducing the real differences among things.  Theirs is no spurious man-made sapience, but the wisdom of God revealed to mankind.

Aquinas and his intellectual successors are famous—perhaps even infamous—for their love of distinctions.  Yet this is done according to an old scholastic axiom that one should distinguish in order to unite.  For example, the better one understands the distinctions among the three persons of the Trinity, the better one understands how the Father, Son, and Holy Spirit are related to one another in the most intimate union of the Godhead.  God can unite many things that seem quite disparate.  What could be further from the infinite, self-sufficient God than His finite, dependent creation?  Yet God entered into His creation, redeemed it, and is drawing it to Himself.  With the Incarnation, the limitless God clothed Himself with human nature, the uncontainable deigning to be contained in the womb of a virgin.  Similarly, when the Son of God ascended into heaven, He did not abandon His disciples.  Rather, He became more present to them.  Our first parents spoke externally to God and eventually tried to hide from Him.  Now, by virtue of baptism, the Holy Trinity dwells within the hearts of the Christian faithful, more present to them than they are to themselves.  Similarly, creatures can now receive the very substance of Christ every day in the Most Holy Eucharist.  O the sublimity of the union God has brought out of so great a difference!

In this time when the Church commemorates the anticipation of the apostles in the upper room, let us pray that the Holy Spirit will come to us, uniting us to the true wisdom that is Christ.