Menu
Confraternity of the Most Holy Rosary > Uncategorized > Contemplative Gaze 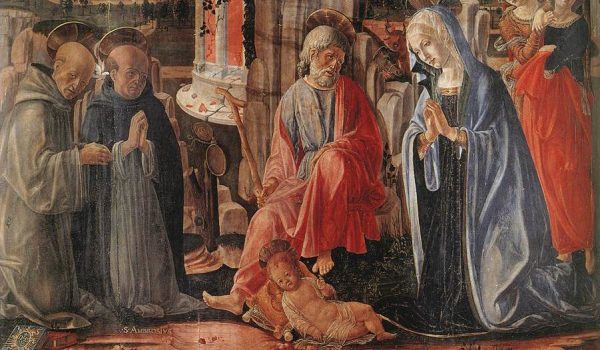 “It’s quite true that we are absurd and frivolous, that we have bad habits, that we are bored, that we don’t know how to look at anything or understand anything.” – The Idiot

Pokémon Go took the country by storm this July, and the effect was visible as the hidden world of gaming came to the public square. While witnessing the swarms of crowds shuffling along the shore line of Indian Point Park in Providence, I was reminded of Br. Jonah’s experience at Manhattan’s Metropolitan Museum of Art last year. “People don’t know how to look anymore.” There was an eerie calm in the park as flocks of individuals walked silently past one another. Their faces shone not golden from the light from the sun, but a pale blue from the screen of their phones. The beautiful scene in God’s creation would not suffice for the afternoon, unless it could be experienced and “augmented” through a screen.

This game has given people the opportunity to recreate and get outside, and that is good. A far healthier way of enjoying the day than in a basement. Yet there’s still something odd about traveling to compelling sites only to “augment” the experience. The trip to such-and-such a place is not remembered as what one saw or learned from visiting the site. Instead, the place is remembered à la Pokémon Go. The gamer overlooks beauty in favor of triviality.

Yet the truth is, we often overlook spiritual realities and trade the higher for the lower. There are a number of world affairs, concerns, anxieties, and stresses that loom over our pursuit of that which transcends. We do not “augment” reality but rather distort it by overlooking that Jesus is alive and is with us, Emmanuel.

We Catholics search out God in prayer and study, but at times this search can be distorted by the preoccupations of other things. When this happens, the rosary can sound more like the shifting gears of a sports car, and lectio divina is measured by pages per minute. While the intention may be there in the heart, the attention to the presence of God may be lacking.

I think this is what the spiritual writer Jacques Phillipe is alluding to when he writes,

“And how does one grow in this total confidence in God; how can we maintain and nourish it in ourselves? Certainly not only by intellectual speculation and theological considerations. They will never withstand the moments of trial. But by a contemplative gaze on Jesus.”

When we race through prayer or through our study of Scripture and theology, we are going about it without a contemplative gaze. We don’t know how to look and see the Lord present with us. It is when our prayer and study become truly attentive to the reality set before us that we open ourselves to receive Jesus in such a way that we know Him more intimately and grow in love of Him.

The true contemplative gaze fixed on Christ comprehends the words of St. Paul, “For I am sure that neither death, nor life…nor anything else in all creation, will be able to separate us from the love of God in Christ Jesus our Lord” (Rom 8:38-39). This is most eminently seen in the life of Our Lady.

In a unique way the face of the Son belongs to Mary. It was in her womb that Christ was formed, receiving from her a human resemblance which points to an even greater spiritual closeness. No one has ever devoted himself to the contemplation of the face of Christ as faithfully as Mary. The eyes of her heart already turned to him at the Annunciation, when she conceived him by the power of the Holy Spirit. In the months that followed she began to sense his presence and to picture his features. When at last she gave birth to him in Bethlehem, her eyes were able to gaze tenderly on the face of her Son, as she “wrapped him in swaddling cloths, and laid him in a manger” (Lk 2:7). §10

Mary’s connection with reality was not distorted as ours often is. The trials she faced in Bethlehem, Egypt, and Cavalry did not turn her look away from her Lord. Within the stall, she did not simply see a poor child needing to be saved from a tyrannical king. Rather, she saw God who humbled Himself that He might save man from the tyranny of sin. His fleshly resemblance to her was fashioned in her womb, but her spiritual resemblance to Him, He fashioned in her gaze.

We can follow after her example in our prayer and study. Attentive like the Blessed Virgin Mary, our hearts will burn for the consummation of St. John’s words, “Beloved, we are God’s children now; it does not yet appear what we shall be, but we know that when he appears we shall be like him, for we shall see him as he is.” (1 Jn 3:2) When we have a contemplative gaze upon Jesus, we become like Him.