God never appeared to me and told me in clear and audible words what I was supposed to do with my life. He never told me to be a Dominican. Or maybe He did, and I just didn’t recognize His voice. Life can seem very confusing. You might have heard or said a thousand times that God has a plan, but life often seems more like a dizzying array of unrelated events. We ask God to just tell us what we are supposed to do with our lives, but He doesn’t seem to answer.

We’re like the main character in Wendell Berry’s novel Jayber Crow. In his early years, he felt “cut completely adrift” wandering through life. Life seemed random, blown about by the winds of chance. He was alone, without a guide, drifting from seminary to working in a stable to college. He had asked for answers, but hadn’t gotten any.

But maybe the reality is that God is speaking, and we just do not understand his voice. The psalmist says, “A voice I did not know said to me … ‘You called in distress and I saved you’” (Ps 81:5–7). The voice of the Lord was unfamiliar. It was a voice the people of Israel had not learned to hear or to heed, a voice that spoke in ways they did not expect. But it was the voice of the Lord who had been guiding his people. They might not have heard Him, but He had heard them. He heard them call for help, and He guided them. But in the midst of things they could not see it.

The disciples on the road to Emmaus had a similar experience. They had expected Jesus to redeem Israel in some very public and earthly way. It seemed as though Jesus had failed to speak to them and their desires. In reality, they had failed to listen to Him. So, “beginning with Moses and all the prophets, he interpreted to them what referred to him in all the Scriptures” (Lk 24:27). Jesus basically beats them over the head with all of the times God had spoken to them of how He would save His people. What is amazing, however, is that the disciples still fail to recognize Jesus. It isn’t until the breaking of the bread that they finally recognize that Jesus is the one that spoke to them.

It is in the exercise of memory that the disciples see how Jesus had been speaking to them. Astonished at how blind and deaf they have been, the disciples cry to one another, “Were not our hearts burning within us while he spoke to us on the way and opened the Scriptures to us?” (Lk 24:32). Like the psalmist, they see that God did truly hear their cry and spoke to them in return, saving them. Similarly, Jayber Crow could eventually see that he had always been “following a path that was laid out for me,” because he had “been led.” He wasn’t drifting around. God was actually at work in his life leading him along the right path.

Caught in the struggles and messiness of life, we often fail to see how God’s grace is at work or how God is speaking to us. His voice is a voice unknown because we do not see life as He does, from the perspective of eternity. Looking back on the past in the light of our encounters with God, seeing where we have landed, then we can see how He was always speaking to us, always guiding us. If only we would open our hearts to His voice, it will not be a voice that we do not know, but the familiar voice of Love. 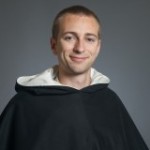