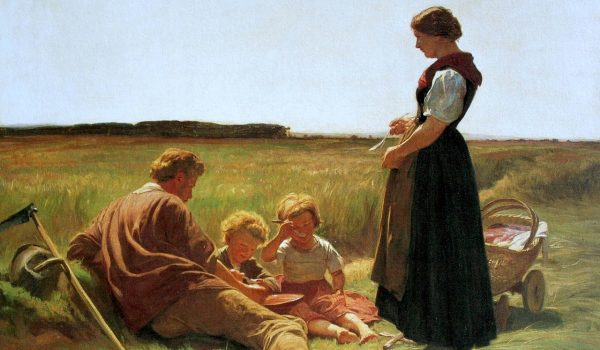 Throughout his pontificate, Pope Francis has spoken out against a modern “throwaway culture.” The Holy Father has perceived this culture in a variety of attitudes present today, from consumerist demands for disposable products, to a lack of care for creation, to even the commodification of the human person. In each, the value of a person or good is determined solely by one’s own personal benefit. When the use of something is no longer beneficial, it is tossed aside in order to make room for something new. However, beyond bemoaning the effects of such attitudes, it is important to realize that a “throwaway culture” is inherently no culture at all and why the Catholic Church preaches something much different.

The term “culture” comes from a term referring to the tilling of land, or “cultivation.” This meaning is maintained in our modern word “agriculture.” It implies a cared-for growth, a guiding presence. It is something that must be maintained with instruction and diligent practice. Without both a current practice and a commitment to passing it on to new generations, it will eventually die out. It is at the same time something received, cared for, and handed on.

Like farming, culture is a dynamic reality. It is something that is ever changing and developing, formed by its past and protected for the future. It is a set of living traditions that shape the present and the future. Because of this influence, the Church (and Pope Francis) is against any culture that is indiscriminately “throwaway.”

This is not to argue that nothing of culture should ever be thrown away. Culture has to be both an act of preservation of what is good and a cutting away of what is harmful. If a culture were to be “throwaway,” it could no longer see the value of permanence and would fail to protect things worth saving.

In every society, the Catholic Church has had to preach against harmful tendencies. However, the good aspects of a culture must be protected and elevated through evangelization efforts. If we were to throw away all aspects of a culture, society would cease to exist. With no past, it would lose its present form. It would be like farming without seeds. A culture that throws away its past is one that is no longer deserving of the name.

Although the Church is not strictly speaking a culture as such, she informs and shapes all cultures that she encounters. The same Catholic Church exists in Boston, Beijing, and Brussels. Throughout the history of the Church, the faith has been adapted to a variety of peoples. Faith is something protected and adapted to work for the salvation of mankind. The deposit of faith is passed down through apostolic succession, protected by the pope, and taught to future generations. Through the history of the Church, Catholics have worked to pass on culture informed by the faith. Parishes, universities, monasteries, and missions have all worked to hand on something permanent and eternally true, yet adapted to each particular setting. The Church is the antidote to a “throwaway culture,” teaching the world that there are some things that are always worth saving. With a culture informed by faith, we have a true culture that has been handed on, exists with us now, and will be passed on until the end of time.